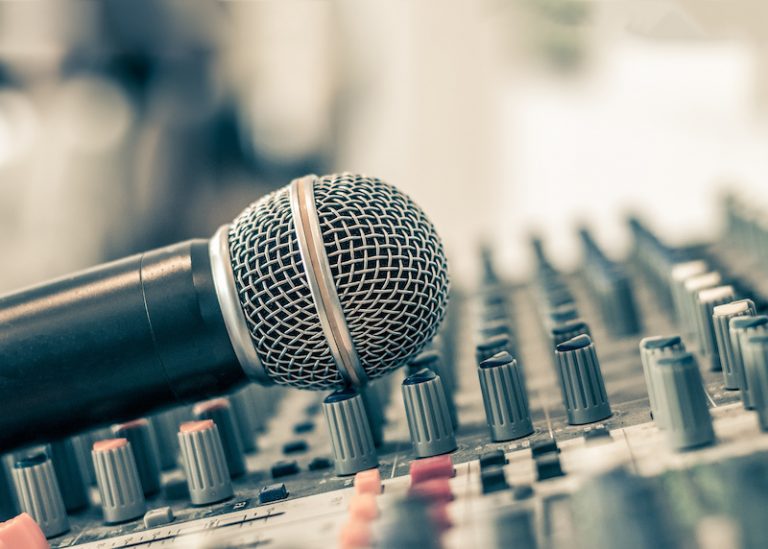 Most people come to me for vocal coaching because a) It’s my specialty, and b) it’s what I’m most known for – making voices shine. But the bigger reason in the past several years that people come to me is that they know it’s not just about doing the scales. They know that having a great voice is a part of their career. There’s a formula for what happens when someone breaks through and that’s what they want. And they know it’s what I want for every single artist I work with, and I can deliver those results.

The truth is, where I get HUGE results with artists, is not only in finding their signature (which is a huge piece that I do), but by adding in the other critical key aspects to make them a “whole” package. I’m big on teaching all the other aspects of the business and thinking outside the circle to create a creative strategy that fits them. That’s the thing. What’s right for one is not right for many. Each artist has their own distinct path, and the challenge is finding it and thinking creatively. There are many ingredients to making a star shine and sparkle. A lot goes into defining and sculpting that X factor that makes them stand out so big and bold and it’s not an overnight thing. It’s a complete recipe and leaving out even one or two of the ingredients, or adding them at the wrong time and the formula won’t work.

I call it The Fame Formula and it’s what I teach all of my artists. It’s a component within all of my programs (Step Up to the Spotlight, Fast Forward to Fame, Artist Success Circle, and Emerging Artists Program). It’s where artists learn the critical components to have in place – identify why they are not a star yet and exactly what needs to happen. I have helped thousands of artists find their path and become breakthrough successful artists out there – and the good news is that you can do it too!

One of my artists wrote this to me:

“You have a remarkable ability to zone in on the one thing that will make the biggest difference..”

Take for example the story of Kate. Kate came to me last year on a downward spiral – depressed, disenchanted and definitely wondering if the hard work and years spent trying to achieve her dream were ever going to come to fruition. She was trapped in a state of “Non-Breakthrough.”

So Kate (now 22 years old), sat in front of me clenching and twisting her hands in numbingly white-knuckled positions as she told me her story. I could see the fear and disappointment flashing across her face with each passing sentence. She had started singing and performing at age 11. When she was 19 she got a record deal and started working with the A & R rep at the label who was helping her find her sound (something they used to do back in the day when they had cash to spend). She was a pop writer with edgy and catchy lyrics and had a great ear for melody – with the added benefit of an awesome voice – and she could sing anything. But unfortunately “singing anything” got her nowhere fast. They couldn’t “find her style.” She thought she knew it, but after exploring different genres and styles, she got more and more unsure. They worked with countless co-writers and producers and demoed a lot of material – all to no avail. And then, the label finally gave up. They had run out of resources and hope for success.  And worse than that, not only had she failed, and felt miserable for it, but her identity as an artist was in the toilet. She had NO idea who she was, and she was more confused and deflated, and now had less of a sense of direction than when she went in. The Non-Breakthrough Phenomena had her by the back of her neck. She had been eaten up, spit out and tossed back out onto the pavement in New York City, her ideas beaten down, her sense of direction confused – and now way less confident than she was before – and to top it off was suffering from writers block.

Now what for Kate?

I knew for a fact that we could get her mojo back (with a lot of work and willingness) and come out the other side (because I’ve done it with so many artists). But could she get her umpteenth wind back to rise up to embrace the challenge? Could she muster up the courage to believe in herself again?

Thankfully for her, with a little courage, and some coaching from me, she did.

I wanted to share with you a bird’s eye view of the process we used – see if it helps you. Here’s what we looked at:

1. We Identified What Wasn’t Working.

We started by looking at what didn’t work and hadn’t worked. We discussed new strategies and an approach that could work for her to reignite her passion and get her headed in the right direction. A lot of that would involve exploration between her and me and a little bit of therapy and spiritual self-improvement stuff along the way. She was down for it (actually got excited about it).

2. Faced Up to What’s Under the Foundation.

Then we looked at what was “under the foundation”. Her belief systems – what she really thought was true (tougher than it seems). We laid it all out on the table, so we could then pick and choose what served her and what didn’t, instead of blindly accepting what she believed by default. Bam! Evolutionary shift in consciousness and her future!

3. Identified and Let Go of the Monkey Wrenches.

Then we looked at the monkey wrenches that had unexpectedly been thrown her way, re-chose the sequence of events that did happen from a perspective of “learning”, and recharged her sense of direction. Once she realized what she did learn from the experience, that she was an integral part of that experience (it wasn’t “done to her”) and that she could re-create her future better and brighter, then she was no longer a victim of those experiences and they no longer sabotaged her dreams.

4. Explored Her Musical Direction and Cleared the Path.

Following that we explored her musical influences, genres, vocal styles, what she listened to growing up and what artists she fell in love with the most and why. We listened to a ton of material and sorted out all the pieces and parts that she liked and disliked so we had a clear direction to go in.

Then we tapped into the lyrics she liked and why – looked at the themes in her life that came up over and over again, what was important to her as a person and got her reading some poetry to get her creative writing juices flowing again.

(I.D.’ing your Signature Sound) Once we recharged and reclaimed her direction, we got into some Fame Finding: I.D.’ing her (one of my specialties!)

In the meantime – here’s a quick test to see where you’re at on the Non-Breakthrough Barometer. I hope it helps clear the way!

If you answered yes to more than 2 you’re doing pretty darn well but still have some work to do – and I would consider getting a music business coach or jump in a high-level mastermind if it were my career (you might be a candidate for mine – email us at info@caricole.com.)

If you answered yes to more than 3 or 4, you’ve got some serious inner/mindset work to do – non-negotiable stuff that you have to implement. Hole up with your Kindle or iPad for a long weekend (or two or three). Start with The Power of Your Subconscious Mind by Dr. Joseph Murphy.

If you answered yes to more than 5 or 6 you need to schedule an intervention on your behalf from your friends that care about you (Hint: ask for their help). Warning: don’t try to do it on your own!

If you answered yes to all 7 – take a deep breath – it’s going to be ok if you promise yourself – right now – that you want to turn it around. All you have to do is to try and you can get that needle to move. There are more of you with “all 7” yes’s out there than you would think. This is tough stuff guys! But please, don’t give up! You can DO this.

What’s your answer?  Where do you fit on the non-breakthrough phenomenon barometer?  Let us know below!