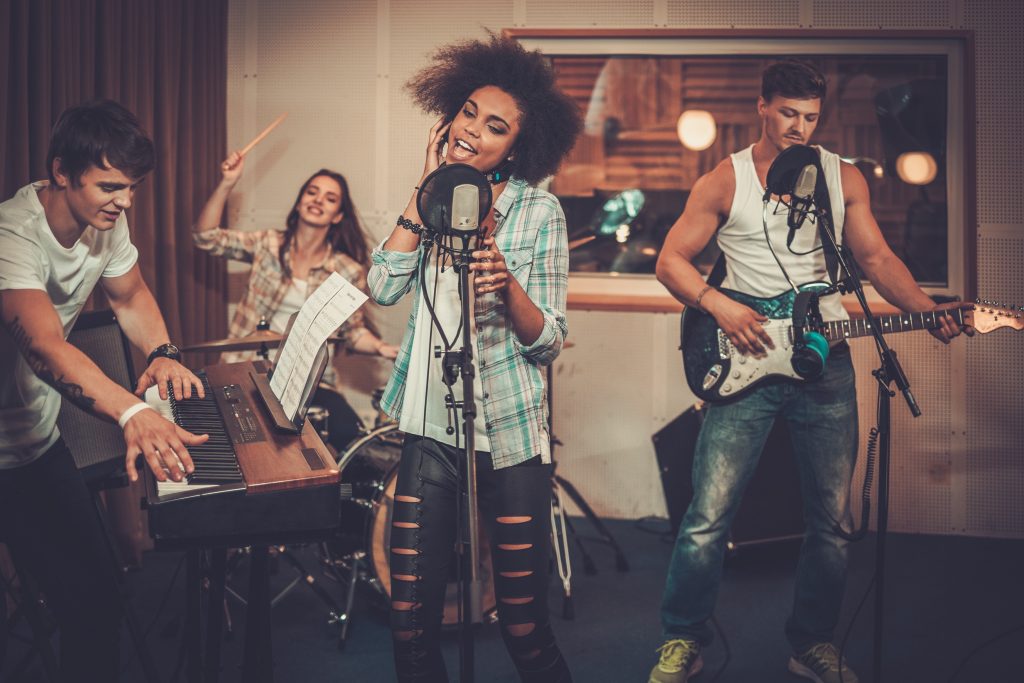 Anyone who stands on that world stage does one (or all) of 3 things:

People salute artists who are brave. Because it helps them be brave. Brave doesn’t mean confident – it’s means:

And that’s because at the end of the day, that’s what people (fans) want ~ to be stronger, to have more courage, to have someone on their side, to have the ability to stand up and face their lives. And great musicians lead them there with their songs ~ songs that speak to the difficulties and triumphs of overcoming the odds. The only way to do that is know yourself ~ well. And to feel deeply. Hence why you are more sensitive and emotional than other people ;). You have to dig to offer up your personal truth.

Lady Gaga and Cyndi Lauper passionately support the LGBTQ community. Sia is fearless. David Bowie wanted to “show people things they hadn’t seen.” Ed Sheeran performs virtually “naked” with just a loop pedal and a guitar. Adele tells you how she feels in a way that a best friend would, she’s “vulnerable.”

The point is, when an artist is comfortable in their own skin, not hiding behind a facade, they step into something that is bigger than themselves. It becomes about this “we’re in this together” kind of attitude that makes fans flock. Their not up on a pedestal, matter of fact, they don’t want to be. They are just making the music they want to hear and sharing it with the listener, hoping they will relate.

What are you not facing?

Who would you be if you had no fear?

Who would you be if you had total confidence?

Who would you be if you had total permission?

That information is muse at your fingertips.

Give it everything you’ve got.

It’s the only chance you have at making it.

The only chance at really making a splash.

What are you here to say?

Join us in the conversation of our artist lives.