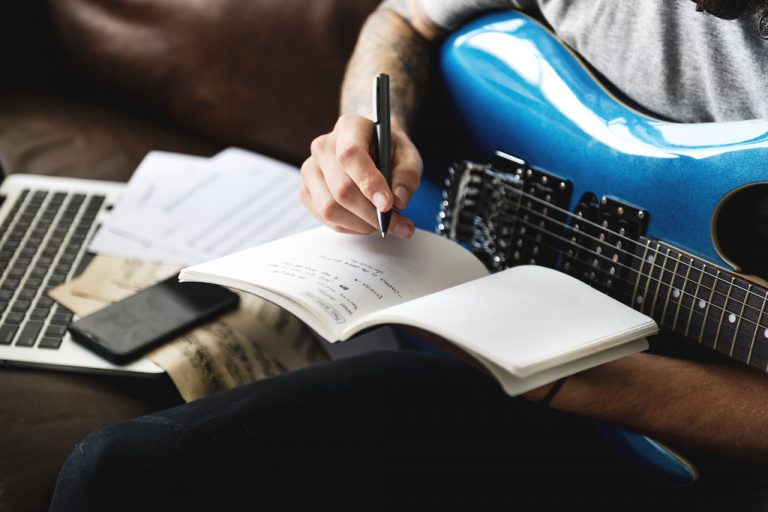 It’s a new day in the music business. Yes, we have arrived. And it was worth the growing pains. For one distinct reason. Artists have control of their content. Now artists can choose whether they want to pursue the over-processed, over-commercialized, plastic music that the big boys churn out to the masses to pay for their expensive lifestyles while they rip off the very artists they’ve signed. Yep, it’s a good thing there’s another road or roads to music success today.

And to have artistic freedom is the balm. To be able to have full say on what you put out seems like the best idea ever. But in actually – is it? Might it run the risk of falling short? Releasing music that is half-baked? Or incomplete somehow? What if you’re not getting to the stuff that is under the hood? The stuff that will change the world… What if your music is half realized? A shadow of what it could be? That, my friends, is unfortunately, the case in many circumstances. And it’s happening because everyone is yammering on about marketing, marketing, marketing and no one’s talking about music anymore. Hardly. And its perilous releasing music that hasn’t had a chance to find itself fully.

You see, artistry needs nurturing, prodding, probing…  Great art (the kind that changes the world) is not produced under the frenzy or surface of the world. It comes about when time stops. When cell phones are put away. When the artist can stop the world long enough to go deep under the surface of their mind to get to the gold. To the place where creating art lives. That process is A & R. The process of developing or finding or curating the content that speaks the mind of that artist (or band.) And that process of A & R is no joke. And it’s a critical system that when achieved, will deliver something much greater than the artist, or the artists camp, even thought possible.

And without that deeper inquisitive probing process, any music doesn’t really have the chance to stand in the full power of what it’s capable of saying, of being, of becoming. Truly. The artistic process is nothing to turn your nose up at. It’s central to all great art. It’s a process that lives and breathes outside of time, comes from the void. And we have to somewhat ‘stop the world’ long enough to get to that void. The incubation process, similar in length to a human’s birth, should be at least 9 to 12 to even 18 months or more. The superpower Adele, spent 4 years writing her last record. Albeit, she was a new mother with less time to write, but maybe more time to reflect — and it shows. As of August 2016, 25 has sold 8.905 million copies in the US alone.

But taking your time is not the only way to tip the scales. It’s digging deep, deeper than you would normally go, to mine the gold deep within. It’s true that your life is fodder for your art. You must say what you are afraid to say, what is screaming to be said, what you wished you could say if you just had the guts. No guts, no glory. It also comes from collaboration and working with people who “get you” and help you birth your vision. And great A & R starts with mining for those songs, those messages, those stories — in a way that is uniquely yours. It starts with the process of tapping that vein in your songwriting.

Tapping that vein, starts with writing a record that is going to be a game changer for you. Not writing a “hit” record. Some say that setting out to write a “hit” record is surefire suicide. Just set out to write the best and most vulnerable record you can. To write a record that changes you because you bared your soul — that’s what will bond people to you. And bond you to YOU. Because your greatest work with change you. It will evolve you.

Here are my 3 tips to sidestepping the perils and pitfalls of honing your sound outside industry walls:

This is key. It doesn’t mean to not write alone – write your ass off. But don’t ignore the power of writing with writers who are better than you and mining those songs. It’s a great way to get perspective – and your songs need perspective. Great art is a collaborative process. Adele spent 4 years co-writing with artists all over the world – not because she can’t write – she can. Because she wanted to get the advantage from working with the best writers she could find and then take stock in what she had before choosing songs for her record. She has followed that path with all of her albums, and now has a top selling album of all time and another breaking the charts. Co-writing makes you a better writer. Ask anyone in the industry worth a grain of salt.

2. Don’t write what you think the industry wants, dig deeper than you think.

People are looking for real music. They aren’t looking for fluff. Real music can be fast tempo pumped up rebellious stuff. It can be slow ballads. It is not subject to tempo. Real means real. But the more uncomfortable stuff you write about, crafted well, will be your greatest work. I’d say you might as well get to it.