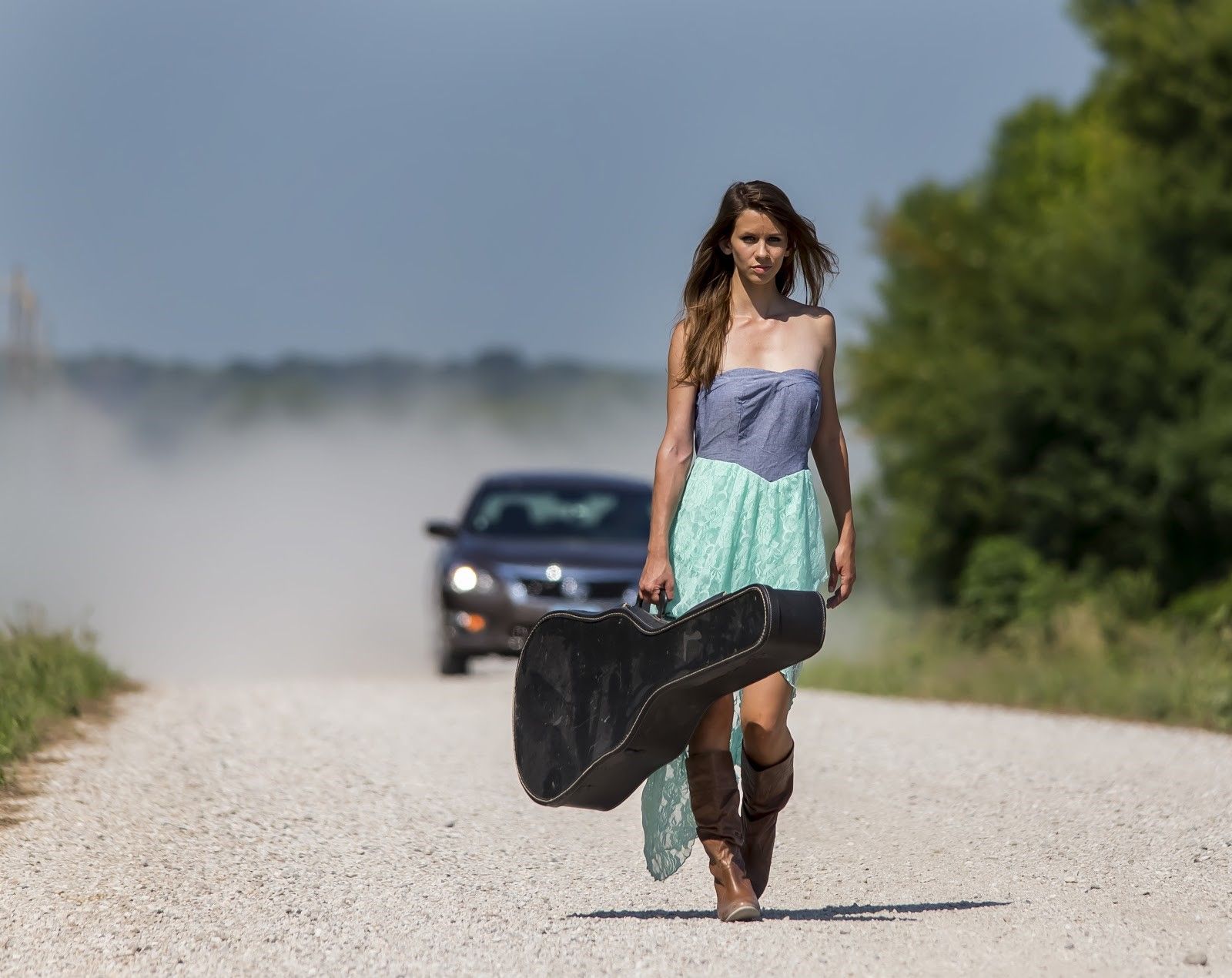 Music is never going to go away. You can try to hide it away in the closet for periods of time, but It will never leave you alone. So you might as well give it everything you’ve got. You’ll never be able to live with yourself if you don’t.

This is what made me release my first record at 40. I knew I couldn’t live with myself if I didn’t do it, do it well, pull out all the stops, to make the best record I possibly could, and find a home for it.

And that I did. My record, The Circle of Fire, made it to the Grammy Ballots, won numerous awards including the Positive Music Association Seal of Excellence for best songwriting, production and mixing. It also placed in several songwriting contests (Finalist in the IMA’s, IAMA’s and Honorable Mention in the Great American Songwriting Contest) and most importantly, penetrated the hearts of tens of thousands of fans worldwide. Written from a spiritual awakening in 1998, this record was inspired by the teachings of NY Times bestselling book author don Miguel Ruiz, The Four Agreements. On a spiritual pilgrimage in the pyramids of Teotihuacan in Mexico, I heard the call to write songs to awaken the heart chakra and fill humanity with love.

After a life of many trials, starting with a very rough start of being abandoned by both parents and left in a foster home, I struggled throughout my life to find love and trust. The record I was soon to write, was my healing, a homecoming of sorts, as I found the love I had been searching for in my own heart. It also struck a chord with followers of The Four Agreements and lodged deeply in the hearts of fans and followers on the spiritual, healing path.

I wouldn’t have made the record if it weren’t for my then husband planting the seed in me. A musician and record producer himself, he sensed I had something more to give and pushed me to find my music, which led to helping me make the record with his production and guidance.

But it was not reasonable to make a record at that time (when is music reasonable?) But I had a long list of why not to. First of all, I was 38, which was ancient for the music business at that time (thankfully things have changed on that note!) It was 1998, which was before the collapse of the industry and emergence of the indie revolution. And I didn’t want to go back into the business. The industry and I never really got along. I could never find my place in it. And I was the typical sensitive artist who didn’t like being controlled. But back then, you were either signed or not a musician in the marketplace. I had been in many bands on my musical journey, was courted by Geffen Records, and had many close calls to entering the music machine, but it never felt right. I always ended up backing away and retreating into my own music womb. At that point I had given up pursuing a career in music.

But still, I felt a restlessness. I hadn’t really given my music it’s due. And I got to the point where I was no longer willing to push it into a corner. I realized that just because I wasn’t a fit for the industry didn’t mean I had to throw in the towel on my music. Two things pushed me forward. 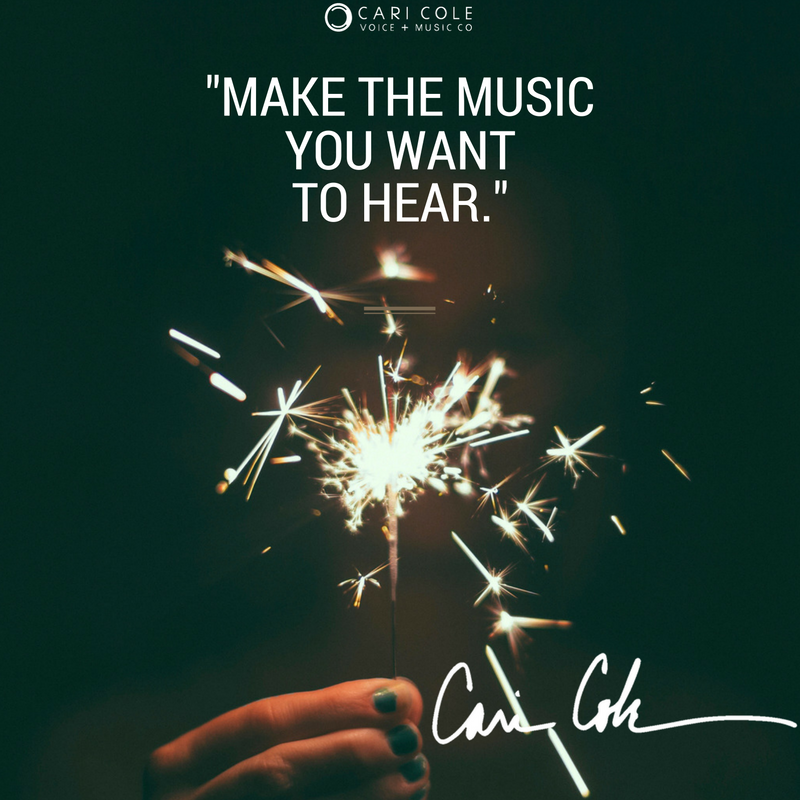 1. Make the Music You Want to Hear

Once I got away from the industry’s clutches, I realized that I deeply wanted to, and had a duty to, make the music that was in me – and more importantly – that I wanted to hear. I wanted to have the guts to fulfill my musical vision and to follow my musical instincts and training. I was a classical musician from the age of 6 (guitar and flute), studied jazz voice, guitar and composition in college, and had a wide background and knowledge of theory, composition and songwriting. Besides my apprenticeship with my mentor in voice, training to teach and becoming one of the world’s top vocal coaches. I wanted to make a record that would move people, really touch them, and I knew I had the skills to do it. And if I was making it for the people (not the industry) I could make it on my own terms, with no interference or control. I wanted to write something great, something I was really proud of, something timeless that would last forever and touch people’s hearts. And I knew that in order to do so, I had to touch mine.

I wanted to give people something that would live on after me to inspire them. I had not spent 32 years playing music and becoming a musician and singer-songwriter just to discard the dream. I had a very clear epiphany one day, that if I died without making a record that I was proud of, no matter what the cost, I would leave this Earth unfulfilled — and that was unacceptable to me. I didn’t care how far that record got, or how successful I was with it, or how long it took, or how much it cost. I knew I had to do it for my own dignity or I couldn’t live with myself. And that, was the motivating force.

So I closed my voice studio at the height of business, and went on my way searching for my muse. Yeah, that took guts I tell you ;). I stumbled upon the Four Agreements and something in my soul cracked open. It spoke to me so loudly that I researched the author, flew out to San Diego for a retreat at his home, came back to NY and wrote music to his Circle of Fire prayer — the record was born. I had studied spiritual teachings my whole life, but outside of organized religion. I’ve been a seeker of truth throughout my life, maybe because I didn’t find it in the people around me and so desperately needed it. Yes, I think our wounds become our greatest teachers, if they don’t destroy us before we find the gifts.

The thing is this. Music is never going to go away. Once a musician, always a musician. At a certain point it becomes a duty to yourself and others to not hide your gifts away.

I hope this blog has inspired you to get there sooner than I did.

Music is something you make for yourself and others. Music is service, not celebrity. It is a holy pursuit.

Stop pretending you’re not all in, or that your music doesn’t matter. Stop thinking your music is a side thing. Stop putting one foot in and one foot out, and just commit to do it.

Don’t wait, your music is waiting. 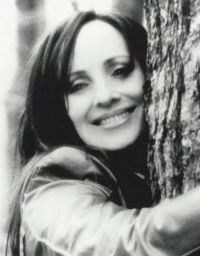 Cari Cole is an award winning singer-songwriter and thought leader for musicians worldwide. Her record, The Circle of Fire, is inspired by the NY Times bestseller The Four Agreements by don Miguel Ruiz. Called a “spiritual poet” and a vocal chanteuse, Cari’s elegant and enchanting music uplifts and inspires – touching the lives and hearts of thousands of beloved fans around the world. www.cdbaby.com/caricole

Click here for our 40 page outline of our popular Fast Forward Program starting on May 16th!