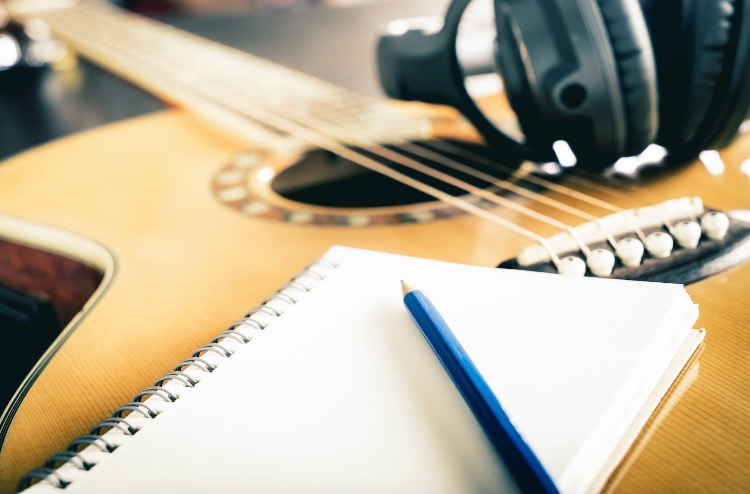 Story. Mythology. The contents of great books, movies, art and music. Story that breeds mythology. Mythology: The body of myths belonging to a culture. Myths are traditional stories about gods and heroes. They often account for the basic aspects of existence — explaining, for instance, how the Earth was created, why people have to die, or why the year is divided into seasons.

A mythology weaves a tale, tells an epic story and people love that. Everyone loves a good story. But finding what your story and building a mythology is no easy feat. It’s hard to know where to start… where to begin?

Artists throughout musical history have sent us a message. From Marvin Gaye’s epic social commentary on the acclaimed What’s Going On? to Johnny Cash’s epic prison tale in Songs From Folsom Prison to Lady Gaga’s brilliant depiction of a Fame Monster, to Sam Smith’s true story of a young lonely gay man In the Lonely Hour. Or David Bowie’s Ziggy Stardust,  to Jay Z’s bespoke-kingpin character in Reasonable Doubt, these are some of of the most influential stories in the era of modern music.

For an artist looking to develop their story – mythology — the most important thing to note is that the above characters are not so different from the artists themselves. Matter of fact they stem from the artists character and then blown up, dramatized and embellished to create a story, a mythology.

This mythology you’re looking for, is already inside of you. It’s your mission, should you decide to embark upon it, to find it. It’s like mining. You have to go down into that dark hidden underworld and have a look around. Who are you really? What are you really trying to say? What is the story of, the poetry of, your life and your life experiences?

Here’s a few quick tips on how to build your story, your mythology for your next project.

Most albums have a theme (good one’s anyway.) The album’s theme that comes from a story you want to tell, a vision you have, a gut wrenching experience or a message you want to bring to the world – that you must tell. Having a theme will unify your message and strengthen the impact and brand message of your album. Not having a theme will dilute your impact, your message and your brand. People like to step into a story, and artists are the visionaries that bring a story or message, a mythology to poetically express the nature of life. Sometimes it’s hard to know what to write about. When I am developing and branding an artist I start with these questions. Use them to journal about to help you find your story and mythology.

2. Write down 3 Defining Moments in Your Life.

Defining moments are usually intense moments or situations that changed you, hurt you, exposed you. Moments that affected you so much that you were never the same afterwards. What were those experiences shaped you? Changed your course? Write them down. Then write about them in your songs and use them as starting points to build your story and mythology.

3. What are the Constantly Recurring Themes in your life?

The things that happen to you over and over again? Like a broken record, you find yourself facing similar situations. What are the themes that emerge?

4. Your Current Situation: What’s Going On With You Right Now?

In life we move through phases. Where are you right now? What is your “current mood”, your state of mind. Are you going through something? Or did you just pass through it? Sometimes your “right now” is too intense to write about and you may need to get through the experience before you can write about it. Nick Cave, a well known songwriter says that the question he asks when he sits down to write is “what is the most vulnerable thing I can say right now?” as a starting point. It helps to quickly tap into what is going on with you to help you spill your guts out on the table. When art reflects real life it is more potent. Sharing your guts is what makes artists famous. You can do it. Your fellow artists who stand on that big stage do.

Your story is built from the layers of life that has shaped you. Who you are is in that story. Johnny Cash never went to prison, but his story felt like he was. So he created the story because people connect to stories. Often our lives are not as EPIC as these stories seem, but remember they are embellished. The seed is what you want to find – the starting point and then build from there. Those of you who remember Jewel, will remember the “story” of Jewel. That she “lived in a car.” This was an embellishment of her sleeping “one night” in a car – once. It was to tell a story, to weave a tale, because people love a story.

Take a look at what Father John Misty is doing right now. Under his prior artist name, J. Tillman had recorded eight albums when he had an epiphany, prompted by his first (but not last) experience with a hallucinogenic drug: He should change his name as a way of rebooting his career. He was unsatisfied with the somber, sedentary folk songs he’d been making — “sad bastard music,” he called it — and wanted to spring free his sense of humor, absurdity and playfulness.  The songs he was singing bored him, so he changed direction and built a story. And it’s working – big time. You can feel him more because he is putting more of himself into this character. Think of yourself as the starring actor/actress in a movie. The character is bigger than life. Intense, often conflicted and complex. Just like you. Don’t show us a watered down version of you — show us the expanded, heightened version of you!