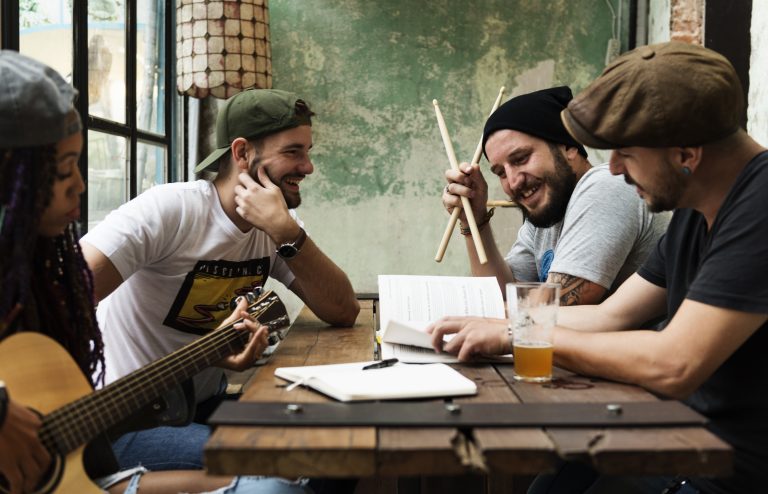 People ask me all of the time, “what’s the most important thing in knocking down those doors or making your career rock? There are so many things to focus on, what’s most important?

Is it social media? A strong live show? A great brand? A great album? Do you need an album?

Well, ya kind of need it all.

BUT … if you had to choose one thing – just ONE thing that would cut through everything else and grab people by the solar plexus it would be….

An artist is only as good as their songs.

Think about it. Ed Sheeran is a great example. He’s got a great voice, a killer live show, a great brand and album – but imagine if his songs were just a-okay. Would the other aspects make up for it? Not a chance.

Think of Bob Dylan. His songs are his brand.

Think of Prince with his epic guitar playing, eccentric presence and great musicianship. But without his songs….

It’s true of every artist. You might not realize it until you take the songs away and imagine them singing and performing mediocre songs that the light falls on the truth. An artist is only as good as their songs.

The good news is that you can grow as a songwriter, it’s through sheer volume that you’ll get there.  And without them, you’ll be passed on, in as little as 15 seconds.

A few years ago, I was in the office of a Sr VP of a publishing company showing some of our artists. It was interesting to watch what happened. We have a policy of showing the music w/o showing the brand — just have them listen. I think it makes them focus more – and purely respond. The first 3 artists we presented got major accolades from him. His eyes lit up within 20 seconds of hearing her. The same went for the second artist. But the 3rd one, he immediately didn’t like — too generic — he said he hears that all the time. And the 4th one he waved his hand “no” within 15 seconds of hearing the track. Why? Because the production was sub-par – and since he is spoiled in listening to great stuff, he was unwilling to listen. When the material is not on a high enough level: songwise, soundwise, vocal wise, hook wise, lyric-wise and production wise— they hear it instantly.

So here are my top tips for putting your best foot forward.

I say it all the time, but I can’t say it enough. An artist is nothing without their songs. Imagine Ed Sheeran without great songs. Good voice but…?? Your songs are the key to the kingdom.

Action: Write your ass off. Write a song a week for a year. Co-write as much as you can. You’ll get good if you keep at it. We’ve got a Songwriting Program coming up where you can flex your songwriting muscles… Do it.

As an artist, your number one mission should be to push your limits every single day. That’s real artistry. Most artists need a push from outside themselves. And feedback, guidance, encouragement, opinions from people who “get them.” Where are you not pushing the boundaries of your art?

Action: Make an artist date with yourself once a week. Either go see a local artist who is further than you, or an artist you admire. Or maybe stretch your boundaries and go see something outside of your sphere, like a jazz band or a classical performance. Pushing limits means stretching them too.

3. Mission #3: Write With Writers Who Are Better Than You.

Wanna know how you get really good? I mean really good? Up the anti. Write with other songwriters who are better than you. One of the key principles of success in any business is to work with people who are smarter and brighter than you ;). And stop being afraid to co-write. You might just find that match made in heaven. Adele’s entire record is co-written with the most badass songwriters in the world. She sought them out. Do you think she feels her songs are not hers? No way. She infuses them with her full essence. So can you. But — she’s smart. She knows to go get the best ;).

Action: Read every songwriting book known to man. Go to Nashville, LA or NY for a week and set up writing sessions. Or do a songwriting workshop to meet other co-writers.

4. Mission #4: Lead With Top Notch Productions (vocals, arrangements, be in step, relevant, know what you’re doing, make a statement that your idols would be proud of).

Remember the story I told you about the Sr. VP above? You’ve got 15 seconds to prove your worth in a song. Be sure you’ve got top-notch vocals, arrangements, that your songs and productions are relevant to today but rooted in the past, and make a statement with your songwriting that your idols would be proud of.

Action: Work with a top-notch vocal arranger (Mama here ;)) and a top-notch producer whom you admire, for your next project. Make sure your recording stands out.