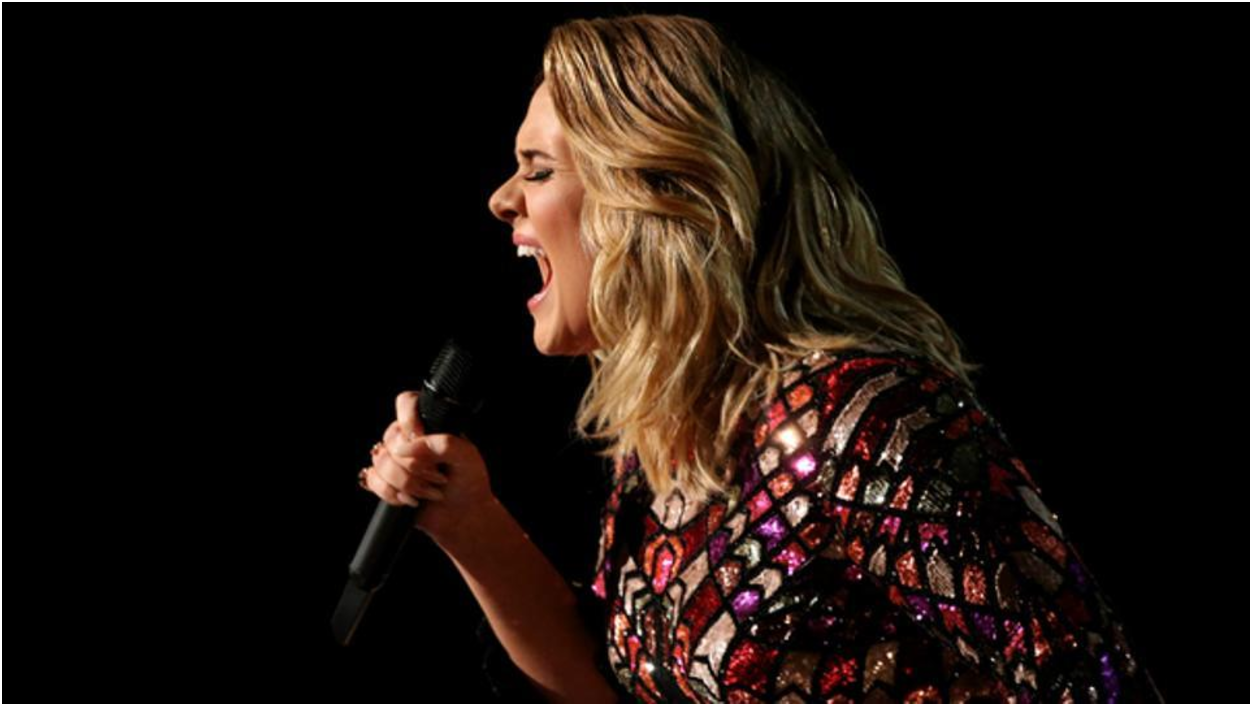 A recent article by Dr. Paul E. Kwak, laryngologist and laryngeal surgeon at the NYU Voice Center, and Assistant Professor in the NYU Department of Otolaryngology – Head and Neck Surgery called “Stop Shaming Adele” (Part I) really spoke to me. I’ll share that article at the close of this one. I was so moved to hear an ENT and surgeon speak so poignantly about the vocal trials of being a singer. He’s pointing out that we have to stop being so tough on singers when the human voice is an instrument with limitations not always caused by the singer, what they eat – or their technique. I applaud him for speaking out. As one of the world’s top vocal coaches, I’d like to continue the conversation Dr. Paul started on this often overlooked issue of vocal health in the contemporary world of singing.

Adele is a treasure. Her music reaches deep into our solar plexus and resonates there, even long after we stopped listening. I was privileged to see her on this last tour. The one she was heartbroken to cancel the last leg due to vocal injury. Her heartfelt announcement to her fans evidence of a remarkable person and dedicated professional. The countless criticisms of her incorrect singing technique and how she takes care of herself is not an accurate depiction of an artist who gives her all when it comes to her music, her voice, her heart and her fans. The truth is, that a long worldwide tour is troublesome for any singer, let alone a singer of her volume and magnitude. Yes, Dr. Paul, I agree, we must stop shaming Adele.

He says: “ In the hours following the posting of her beautifully candid, heartfelt announcement on Instagram, legions of torch-wielding villagers who identify as voice experts could not wait to validate their negative prophecies as having come true. “I’ve heard Adele in concert,” writes one, “and I have cringed every time because of the way she uses her voice. It is a recipe for problems. I hope she studies a little bit more and gets a better technique….” Another pipes up: “6 months of dramatic vocal technique boot camp would have her singing free from vocal nodes.” Yet another: “My bigger concern would be all the young fans who would emulate her vocalisms and then mess up their own voices.” Still another: “The two biggest issues are her smoking and her lack of hydration.” One marvels at the levels of access to Adele these experts must have, to presume to know the findings from her most recent laryngoscopic examination, her daily fluid intake, and her smoking habits. 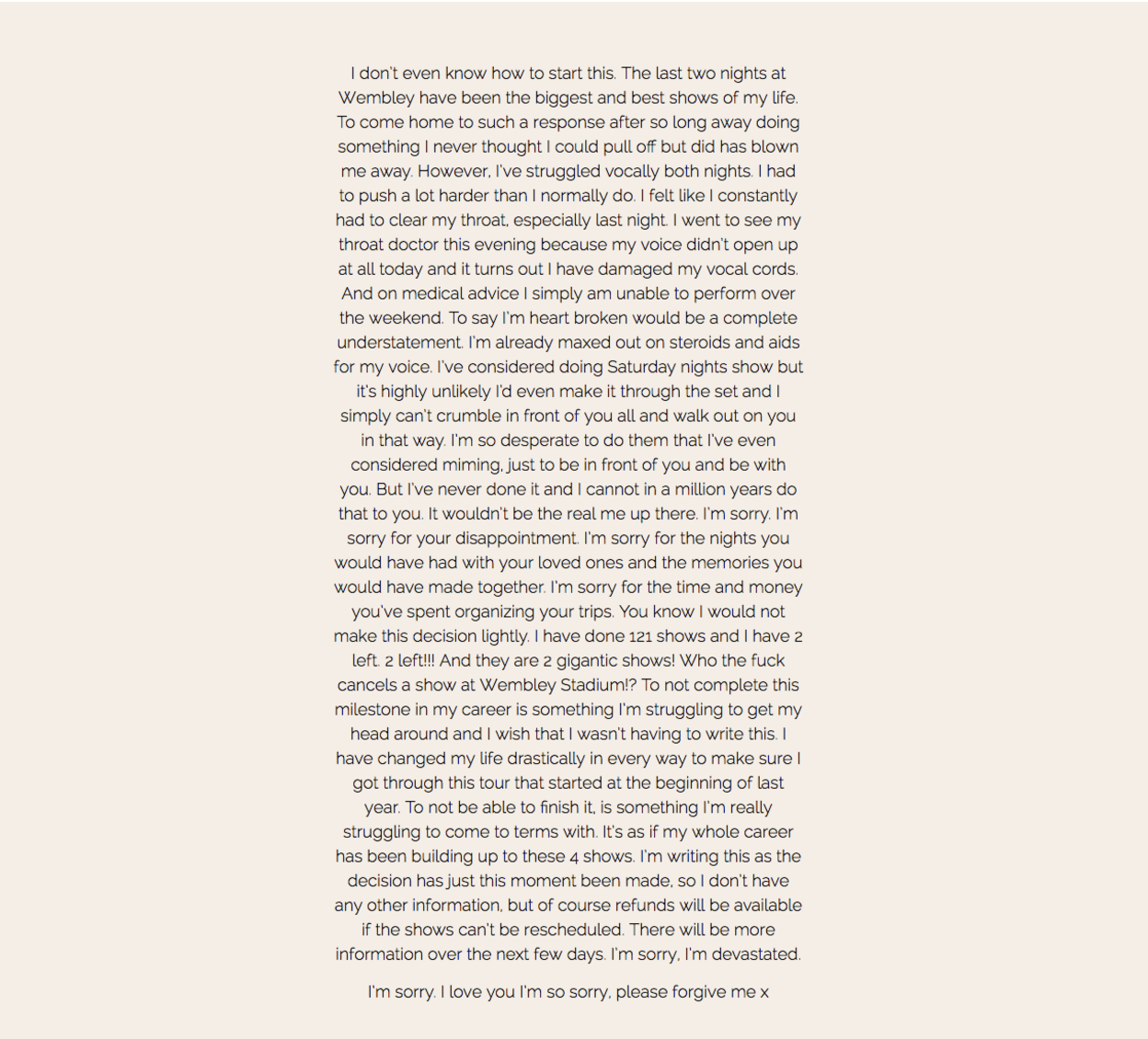 We who care for singers are certainly not unused to the chatter, the gossip, the verbal bile that can flow so freely and unbidden in these circles. But at a moment of a singer’s self-professed greatest vulnerability, this kind of backlash is insulting and disgraceful, and blemishes the stone-throwers far more tellingly than it tarnishes Adele’s contributions. This kind of commentary seeks to divide rather than unite those who should work collaboratively to care for and support singers. I constantly reiterate in seminars and conversations with young singers-in- training the importance of multidisciplinary care – as I like to say, the importance of having a voice “squad.” I respect the wisdom of so many voice teachers and coaches, who have built methodologies based on years of experience and training. One of the forefathers of academic laryngology, Manuel Garcia, was himself first a great singing teacher, and indeed, also a forefather of vocal pedagogy. It is right that medical and artistic practitioners should be partners in the education and cultivation of a singing voice. However, what I am addressing here is rather the danger of opinion offered without knowledge of the specific case, or indeed in the absence and disregard of vocal science.” Dr. Paul E. Kwak

1. Singers Are More Than Their Voices

Dr. Paul E. Kwak continues: “Armchair vocal coaching is as useful and welcome in singing as armchair quarterbacking is in football. The peanut gallery neglects to appreciate the singularity of Adele’s voice, but worse, it fails to acknowledge the singular enormity of her circumstances. Assuming that her goals and values are the same as ours, and that her struggles are the same as ours, suggests a presumptuous narrowness of thought and perspective. Singers in training might perform recitals for groups of 20-50; stars at The Metropolitan Opera will often sing to a full house of 3,000. Adele walks out and looks at 20,000 strangers, who know every lyric and note she is about to sing, hang on each one, and are recording her performance on their iPhones. This pressure likely sends adrenaline and cortisol through her blood at levels greater than most of us will ever experience routinely; it may make her pharynx tenser, her neck tighter, her breathing occasionally shallower. Less busy singers can enjoy several days of rest between shows; she has a show every third night, for a grueling total of 120 shows in the past year. After each of those 120 shows, she signs autographs, poses for selfies with fans who want to have a chat with her, then maybe she kisses her sleeping child goodnight before eating a late-night dinner right before collapsing into a different bed each night that is not her own. None of us will ever understand, experientially, the path she walks to that microphone, nor will she ever understand what it’s like to be us – but instead of judging us, she stands at the front of that stage and delivers her soul to us, and all of that force and energy is funneled through two tiny, often fatigued, folds of muscle, connective tissue, and mucous membrane.

Singing is about far more than the act of walking onto a stage, opening one’s mouth, and taking a breath to move air through two small pieces of tissue to create sound. It is our most primal and human act of expression and connection. Functionally, it is athletic; culturally, it is spiritual.” 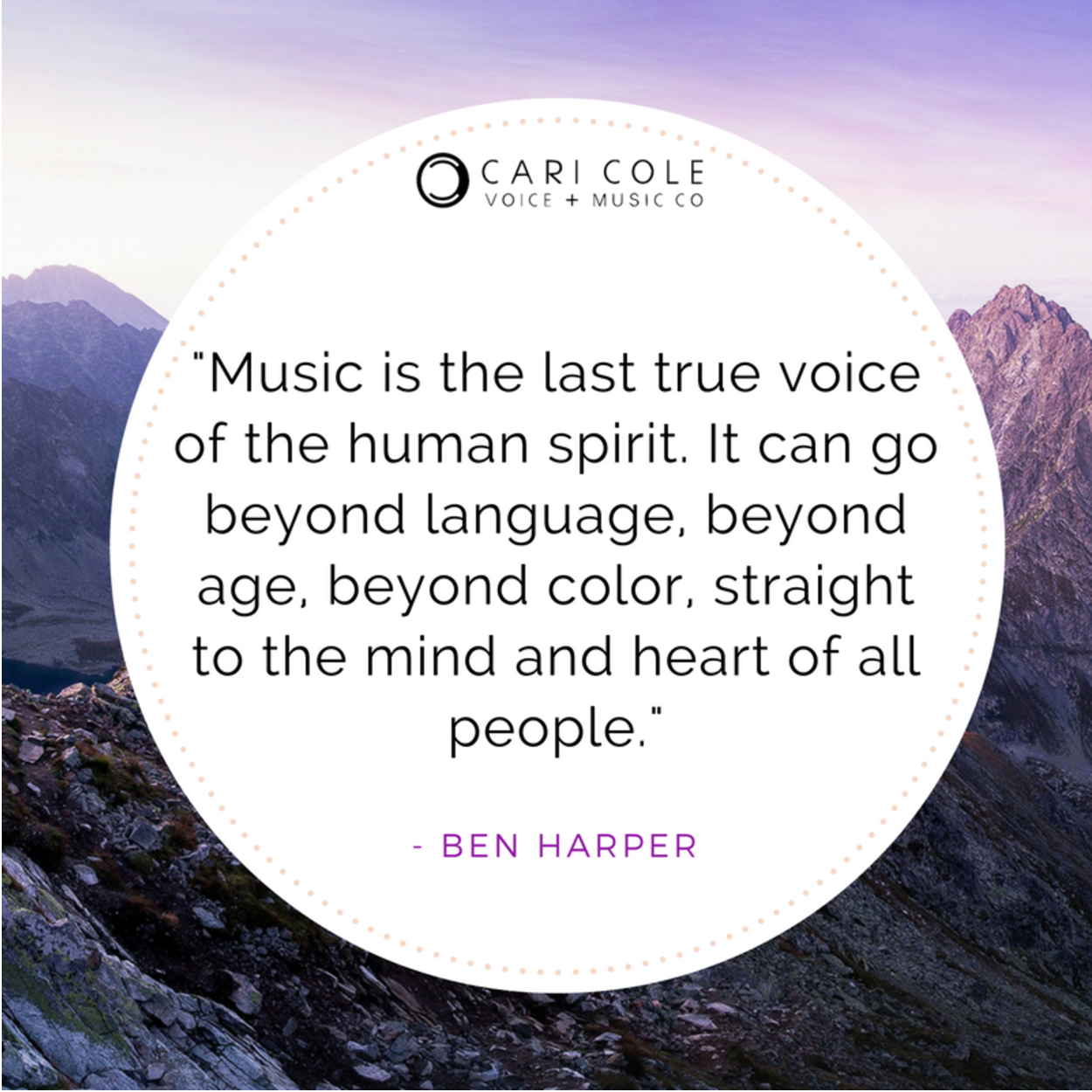 2. Vocal Health is an Art

Singing is not about having the best voice or the most octaves. It’s about using what you’ve got to convey a message that moves people ~ and trying your best to sing in a way that doesn’t destroy your voice.

3. A Vocalist Can’t Replace Their Strings When They Break

Our desire to communicate is infinite, but our voice is a finite instrument with physical limitations. And as a result, even more, deserves respect.

If you are struggling with your instrument, find resources here.

Thanks for listening, I hope this sheds some light and increases deserved respect to those working hard to touch the world ;).